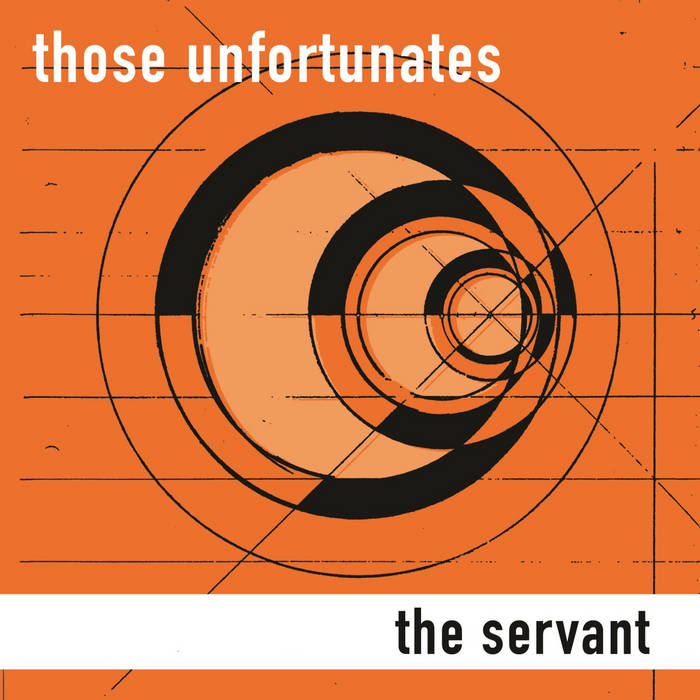 Those Unfortunates are a London four-piece who write songs aiming for the wit and warmth of The Kinks, Television Personalities and Syd Barrett. The Servant/Saturday is their fourth single proper, and their second for Stereogram Recordings.

On The Servant, they visit another of their favourite themes – drawing from the Harold Pinter-screenplayed, Joseph Losey-directed film of the same name, starring Dirk Bogarde, James Fox, Wendy Craig and Sarah Miles. A 60’s classic, alongside Losey's others with Bogarde - Victim and Accident, this release finds Those Unfortunates in a slightly darker place than previous release, the chirpy yet literate Letter Writing Man.

The intro is reminiscent of Television in their Brian Eno-produced demos on the Double Exposure bootleg from 1974. In certain places there are echoes of neo-psychedelia in places, akin to The 13th Floor Elevators. At others they are back at home in Television Personalities’ mode, but at their most desperate sounding, circa The Painted Word. My Dark Places indeed.

On a lighter note – and in the spirit of Syd Barrett, Saturday evokes the darker side of Madness's London – ‘Grey Day’ etc - a snapshot of what that day of the week is really like for most folk. Coffee in the clubhouse and a flutter on the horses set to a sparse arrangement which evokes fond memories of such DIY legends as Swell Maps and The Desperate Bicycles. The repetition of the line ‘the sun is shining outside’ only emphasises the tedium of it all for the central character, as he watches the world from his window.

Those Unfortunates wear herringbone coats and oxblood shoes without ever really managing to look rakish. They are self-deprecating, for the most part, and self-contained.

Those Unfortunates could have been renaissance men, but they never had the French. For the purposes of this biography, however, they have rather narrow tastes, and enjoy the authors Alexander Baron, Patrick Hamilton and Colin MacInnes.

Both of the band’s previous singles have received repeat plays from BBC 6 Music DJs including Steve Lamacq, Gideon Coe and Tom Robinson, who described them as ‘daft and irresistible... [with] the lightness of touch and complete assurance found among all genuine Great British Eccentrics.” They have also performed a live session on Resonance FM.

In 2015, they played the final gig at the (squatted) 12 Bar Club on Denmark St, before the police moved in. They’ve also hosted Unlondon, a free festival of music, art and literature inspired lost, unloved and forgotten London. In January 2016, they also put on Those Unfortunates’ Own Double Entry, an esoteric celebration of optimism and positive action which featured their friends, Firestations, along with socialist magic. They recently headlined the Aaahhwhoo Festival just outside Berlin, as they have done for the last four years.
Their debut album is expected early 2017.

All music & lyrics written, arranged & produced by Those Unfortunates