by The Eastern Swell 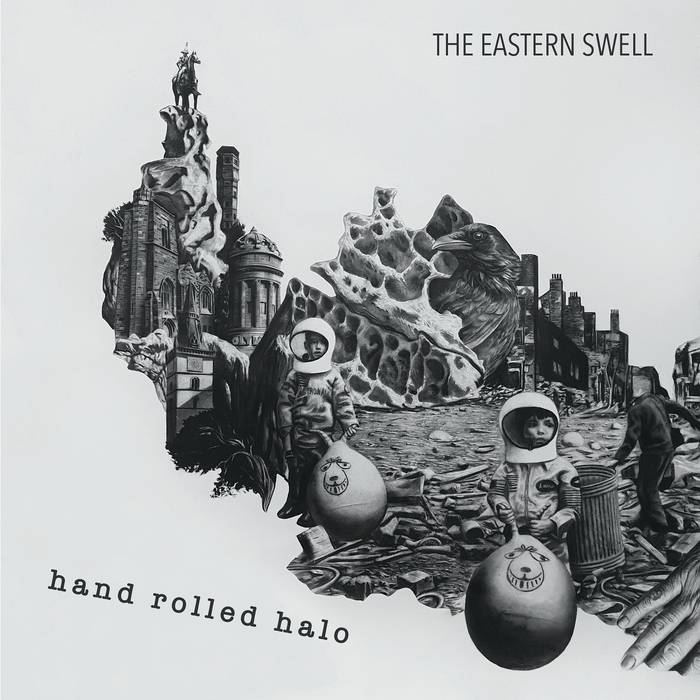 Written by guitarist Chris Reeve and sung by Lainie Urquhart, the songs often explore the fragmented, half-formed memories that drift into our thoughts, leaving glimpses of things otherwise forgotten. Along with bassist Neil Collman and drummer Andy Glover, the band worked together on arrangements over months of rehearsals, bringing the songs together into a cohesive album. The creative process led to Neil Collman, Andy Glover and Chris Reeve writing the instrumental song, The Game.

As with their first release, the band worked with cellist Pete Harvey (Modern Studies, King Creosote, The Leg) at his Pumpkinfield Studios in rural Perthshire. Expanding on their sonic palette, they also brought in long-time friend and trumpet player Al Hamilton. The resulting horn and string arrangements add a folk orchestration, recalling elements of Richard and Linda Thompson’s I Want to See the Bright Lights Tonight. The album was mastered by Reuben Taylor (James Yorkston and The Athletes, King Creosote, Storm The Palace).

In the opening track, Miles from Home, the song’s narrator dissects fragments of past images blurred by the ‘roll and tumble of time’ and unable to be pieced back together. With changes in time-signature and chord sequence calling to mind aspects of Ryley Walker’s Deafman Glance, after twists and turns driven by Andy Glover’s deft drumming and Neil Collman’s melodic bass runs, the song breaks into a groove of horn stabs and shimmering guitar set against a brooding vocal mantra.

Evidencing the band’s playful relationship between British and American folk traditions, Chris Reeve’s arrangement of Blackwaterside wouldn’t sound out of place on Neil Young’s Zuma, with Lainie Urquhart’s vocals striking somewhere between Sandy Denny and Linda Thompson. The song’s tale is reimagined though for modern times; with the girl standing up to her predatory suitor rather than pining to become his bride. Playing with the concept of memory and imagination, on a later track of the album, Down Again, lush with layers of cello, the setting of Blackwaterside is revisited. This time the romantic liaison is sweetly satisfying.

Folk stylings are evident again on Spindrift, bookended by teetering, sparse guitar lines bringing to mind something of Tom Wait’s Jockey Full Of Bourbon. The song’s swirling melody, underpinned by brooding cello, mirrors the theme of love and loss.

Zeitgeist, marking an altogether more upfront turn, centres on an ironic bebop groove with wailing wah-wah trumpet and gypsy-jazz strings. With a wry smile, the lyrics question our often hapless attempts to navigate the world of fake news and pseudo science.

Nearing the close of the album, The Scene is more introverted affair - a paean to young love and the sometimes painful fragility that comes with giving yourself completely to another person. As the song builds to a repeated mantra, cascading trumpet and unsettling electronica drones, lead to a psych guitar hook and a snare drum that bring things back from the edge.

All songs written by Chris Reeve, except Blackwaterside (Trad. Arr. Chris Reeve), and The Game written by Neil Collman, Andy Glover and Chris Reeve. All songs arranged by The Eastern Swell.

Recorded and mixed by Pete Harvey at Pumpkinfield Studios. Mastered by Reuben Taylor.